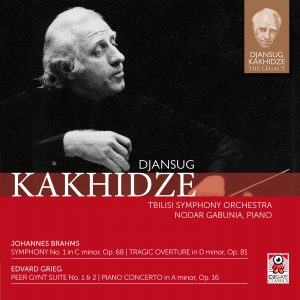 Nodar Gabunia (1933-2000) dominated the Georgian music scene in the latter decades of the 20th century. While still in his twenties, he caught the ear of Dmitri Shostakovich, who described him as one of the most talented composers of his generation. After graduating with honours from the Moscow State Conservatory, where he studied piano under Aleksandr Goldenweiser and composition under Aram Khachaturian, he returned to Georgia to lead the piano department at the Tbilisi State Conservatory. In the course of his illustrious career, Gabunia gained equal recognition as a pianist, composer and teacher. In 1983, he became vice-chancellor of the conservatory, a position he held for the rest of his life. Internationally, he joined the Royal Conservatory in The Hague as a visiting lecturer. Soon after his death, his students honoured his memory by founding a national piano competition in his name.