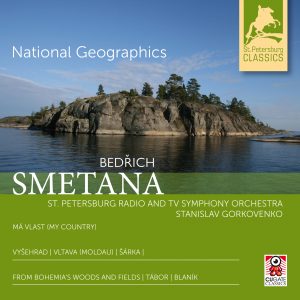 In the course of the French Revolution European territories began to harbor a special interest in their own individual identity. The conception of the national state forged ahead, which had significant consequences on their cultural achievements. The world of fairy tales knocked on the doors of the continent and the societies discovered their historical and social roots in recalling their household legends and myths. It was the start of the Romantic period which was susceptible to this kind of fantastical narrations and the musical community with its composers and artists happily joined the scene.

Consequently it turned into the heyday of program music, when symphonic poems came into being. Composers developed a sophisticated most colourful orchestral sound which perfectly served the purpose of that musical poetry. The orchestra itself took over a kind of protagonists’ role by giving birth to pictures and illusions. It is symphonic onomatopoeia – music itself is telling tales by its own means and it is not for no reason that symphonic poems belong to the most popular programs which todays concert halls still are promoting.

Smetana’s Má Vlast (My Country) is a resounding proof of this type of music. And it occupies an exceptional position: designed as a cycle and consisting of six individual movements, it turns into one of the largest symphonic poems cycles ever written. The binding outside element are the nation’s most famous sites with castles, forests, meads and even a prominent river, all of them associated with heroic legends which span from the past into an idealized vision of the future. Internally the cyclical context becomes obvious by certain themes and motifs which are cited in the course of the individual pieces. So on the whole it is a kind of national cosmos coloured by music. Smetana dedicated Má Vlast to the city of Prague, and it is meanwhile tradition that it will be performed every year on May 12th, the composer’s day of death, to open the musical Prague Spring.

The present release with an extended playing time of 78:06 minutes comes from the 24 bit /96 khz state-of-theart recordings out of the St. Petersburg Classics archive. They are carefully remastered by the prestigious Grammy award-winning b-sharp studio Berlin using the original source material.

Stanislav Gorkovenko was born 1938 in Baku, the capital of Azerbaijan. He started his musical education at the local school of music, continued his studies as choirmaster at the Baku Conservatory and finally enrolled at the then called Leningrad Conservatory, where he enhanced his skills in the conducting class of the famous Professor Nikolai Rabinovich. After graduation he became music director of the Orchestra of the Leningrad Music Halls as well as the Theatre of Musical Comedy (1967 – 1978) where he initialized a.o. the performances of Helen of Troy and Mister X (after Kálmán’s Circus Princess).

Since 1978 Gorkovenko is artistic director and principal conductor of the Solovyov-Sedoi Orchestra, which is the former Radio and TV Orchestra. The range of his repertoire spans from classical, ballet and opera music right up to movie scores. In this field he worked for the film studio Lenfilm, producing music for more than 60 movies.

As of early 1990s, the Radio and TV Orchestra under Stanislav Gorkovenko toured extensively in Europe and Asia.

He has recorded more than 50 classical albums on CD.